The Seymour Lake lithium prospect is located within the Caribou Lake Greenstone Belt approximately 45 km northeast of Armstrong in northwestern Ontario. The property covers 16,654 ha and contains lithium mineralization hosted in spodumene-bearing pegmatite structures with widths up to 30.0 metres and grades of up to 6.0% Li2O. The high-grade near surface pegmatite structures have been defined over a 5 km strike length and comprise multiple prospective targets including North Aubry, Central Aubry, South Aubry and Pye. The main pegmatite at the North Aubry prospect is 250 metres wide and 300 metres long and remains open along strike and at depth.

The proximity of the pegmatites to surface at the North Aubry prospect is considered to be a strategic advantage, potentially allowing easier access to high-quality mineralization in a future mining scenario, reducing the required pre-strip and resulting in a lower extraction cost and improved project economics. Depending on future exploration and drilling results, the mineralization at North Aubry may be amenable to extraction via a series of high-grade, low strip open pits.

Ardiden acquired the Seymour Lake project from Stockport Exploration in 2017 and released a new Indicated Mineral Resource Estimate containing 2.13 Mt at 1.29% Li2O at North Aubry, with additional Inferred Resources of 1.7 Mt at 1.5% Li2O. South Aubry contains an upgraded Inferred Mineral Resource of 1.0 Mt at 0.8% Li2O. Potential exists to expand the known resource as less than 5% of the 5 km strike zone has been drilled. Sandstorm’s royalty covers a portion of the Seymour Lake claims including the North Aubry and South Aubry resource deposits.

A 3,000 metre expansion drilling program has commenced. The aim of the program is to identify additional high-grade lithium mineralization and increase the Mineral Resource at the North Aubry deposit. 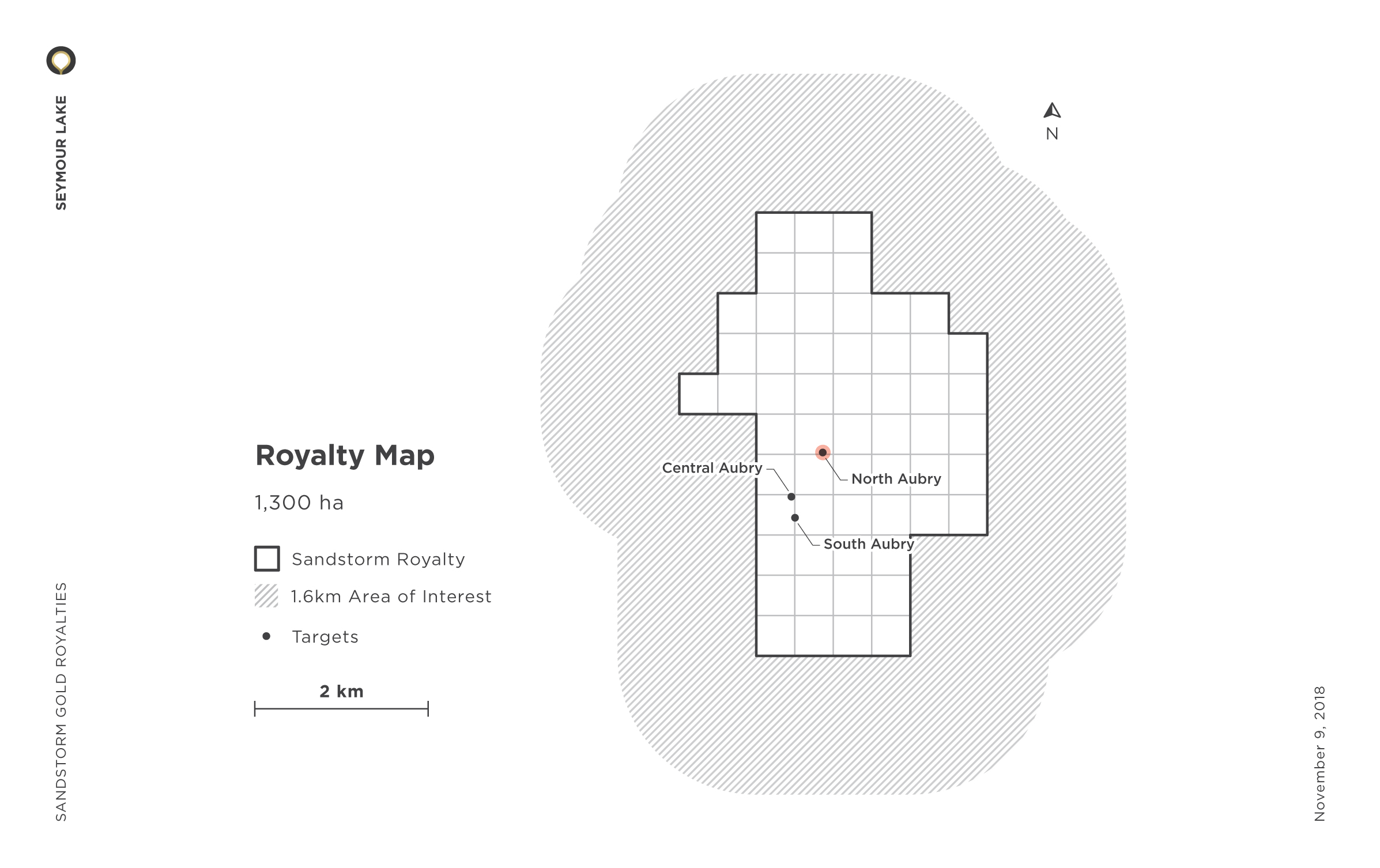