The Point Leamington project is located approximately 37 km from the city of Grand- Falls-Windsor in Newfoundland, Canada, and 20 km from the provincial power grid. It is a volcanogenic massive sulphide (VMS) deposit that has been the focus of exploration since it was first discovered in the 1970s.

The Point Leamington mining lease consists of 262 ha in an area that hosts Kuroko-type VMS mineralization in Cambro-Ordovician age rocks, which are similar to the past producing Buchans and Duck Pond Mines that are close in proximity.

The Point Leamington project has the potential to host additional deposits with additional drilling at depth. 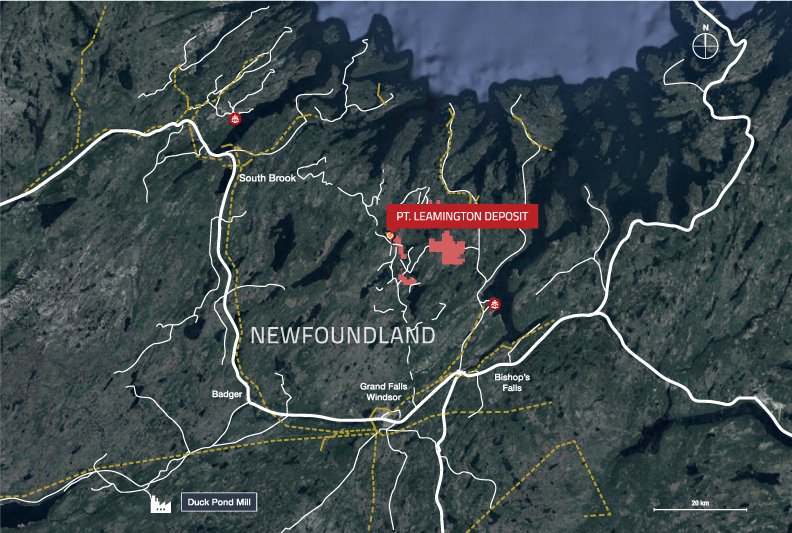