Platreef is a development-stage project located in South Africa that contains an underground deposit of thick, high-grade platinum group elements (PGE) nickelcopper- gold mineralization. It currently ranks as the largest precious metals deposit under development and has the potential to be the industry's largest and lowest-cost primary platinum group metals (PGM) producer.

A Feasibility Study was released in the first quarter of 2022 by majority owner Ivanhoe Mines, outlining a multi-phase construction approach. The first phase of production, currently expected to start in the second half of 2024, is based on an initial 0.7 million tonnes per annum (Mtpa) underground mine targeting high-grade mining areas close to the project/s recently completed shaft 1. The Feasibility Study outlines phase 2 expanding production to 5.2 Mtpa, driven by the addition of the second, larger shaft (shaft 2). Platreef's phase 2 would rank Platreef as the world's fifth-largest PGM mine on a palladium equivalent basis. Previous studies completed on Platreef have demonstrated the potential for expansions up to 12 Mtpa.

until 256,980 cumulative oz are delivered; then 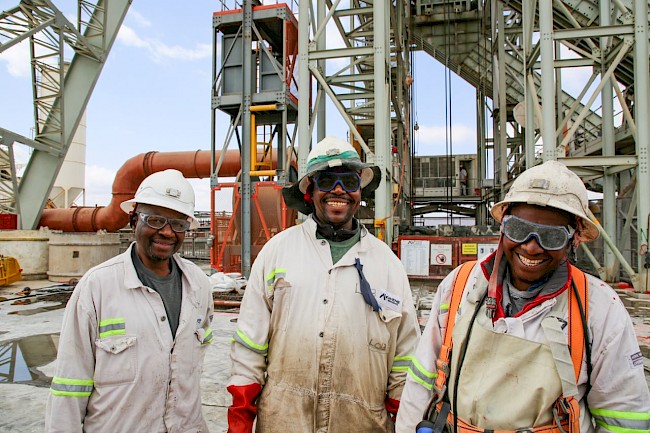