The Moss gold mine is located in Mohave County in northwestern Arizona, approximately 16 km from Bullhead City, Arizona, and about 145 km from Las Vegas, Nevada.

Development at the Moss property advanced to a Feasibility Study completed in 2015 and a Preliminary Economic Assessment in 2017, which were achieved prior to mine construction and commissioning in the following year. Commercial production at the Moss mine began in September 2018.

Currently, mining activities are focused on the Moss vein system, which consists of fault-hosted epithermal quartz-calcite veins with associated vein stockwork that are younger than and cut across the Moss quartz monzonite porphyry host rock in the vicinity of the mine. A number of mineralization-rich systems and alteration zones are present on the Moss property which represent significant targets for further exploration. 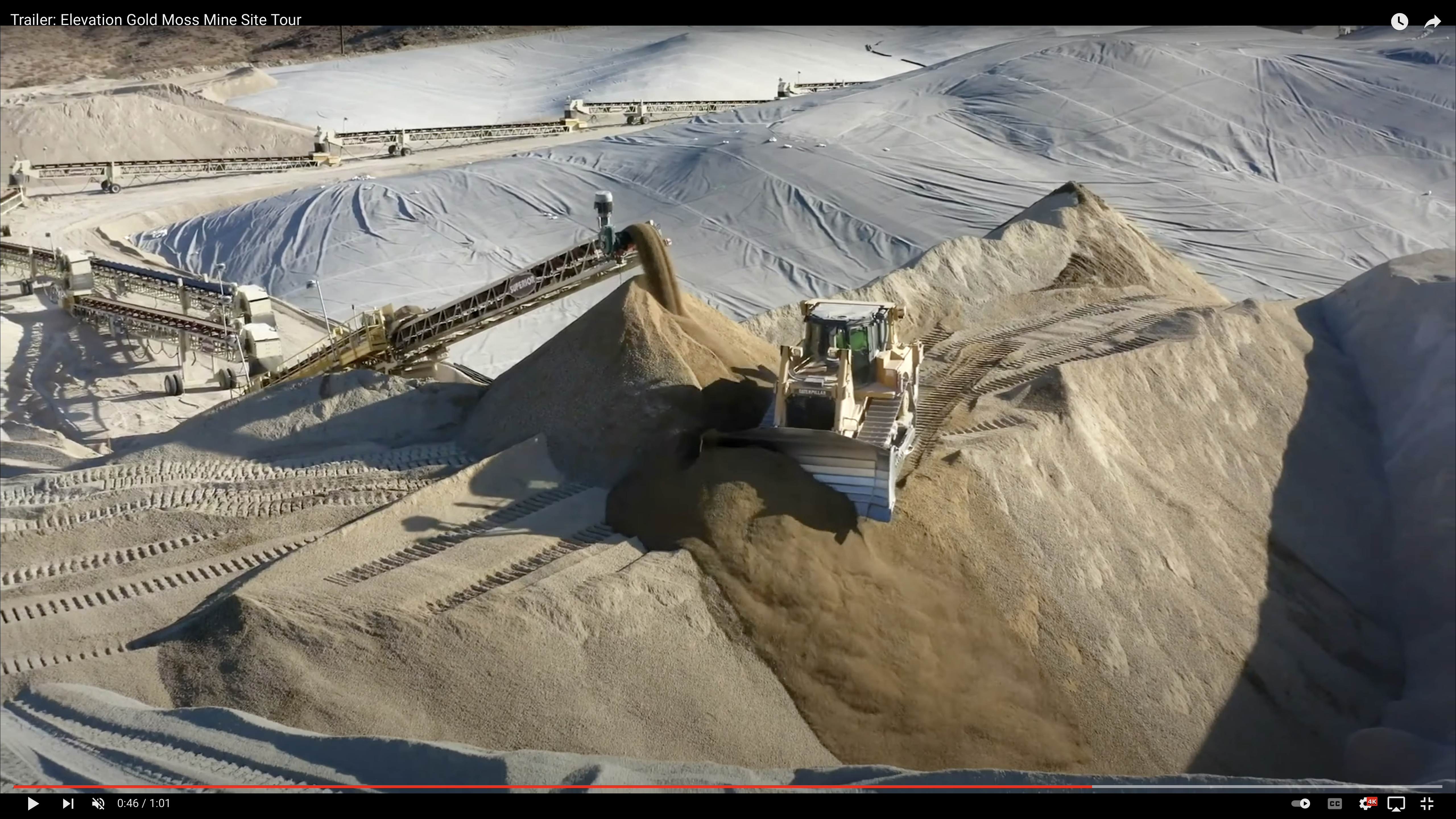