The Magmont Mine is located in the southeast Missouri lead district within the Viburnum Trend. The deposit was first discovered in the early 1960s and began producing ore in 1968. Doe Run purchased the operation in 1995 and has been mining from underground and processing ore at the nearby Buick mill since that time.

The Magmont NSR was acquired as part of a package of 52 royalties purchased from Teck Resources in January 2016. 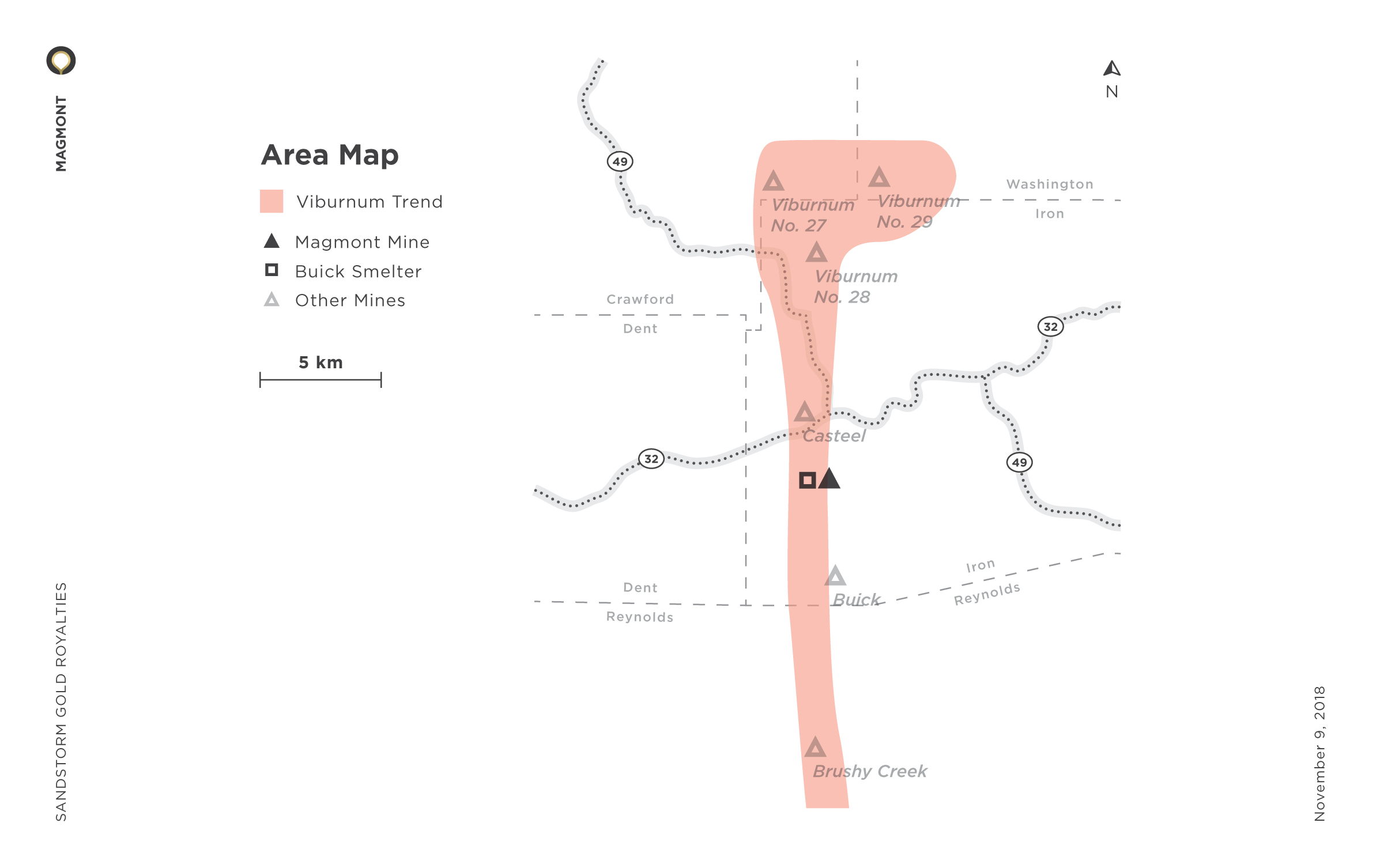