The Houndé project is located 250 km southwest of Ouagadougou, the capital city of Burkina Faso. Infrastructure in the area includes a paved highway approximately 2.7 km from the mine site, a 225 kV power line as close as 200 metres in some areas and a rail line that extends to the port of Abidjan, Côte d'Ivoire approximately 25 km west of the deposit area.

The mine reached commercial production in November 2017 and Houndé is now Endeavour’s flagship asset, ranking amongst West Africa's top tier cash generating mines. The average annual production during the first four years of operations is expected to be 235,000 ounces of gold at an all-in-sustaining-cost of US$610 per ounce. Houndé is an open-pit mine with a 3.0 Mt per year gravity circuit and carbon-in-leach plant. Gold recoveries are expected to average 93%.

The mineralization at Houndé is within the highly productive and prospective Birimian Greenstone belt and occurs mainly as quartz stockwork-style. The Vindaloo trend, where the bulk of the Mineral Reserves have been identified, has been drill tested for a distance of approximately 7.7 km along strike and up to 350 metres in depth. The mineralization remains open both along strike and to depth and Endeavour has set an exploration budget of $40 million to be spent over the next four years.

Sandstorm’s royalty covers the Kari North and Kari South tenements (the “Houndé Tenements”), which represent approximately 500 km2 of the Houndé property. In a November 2020 news release, Endeavour stated the Houndé Tenements host a Proven and Probable Mineral Reserve containing 2.1 million ounces of gold within 39.2 Mt of ore with an average grade of 1.7 g/t gold (0.5 g/t cut-off). The Reserve Estimate is effective as of December 31, 2019.

More than 70,000 metres of drilling was completed at Houndé in 2021, with exploration focused on the Mambo target, the Kari Center-Gap-South area, and limited work on the Vindaloo South target. All resources added are within trucking distance to the Houndé plant.

Exploration in 2021 has resulted in an updated Measured and Indicated Resource estimate at Kari Centre-Gap-South, which increased to an estimated 780,000 ounces of gold contained in 18.9 million tonnes at 1.3 g/t (cut-off grade of 0.5 g/t gold, effective date of December 31, 2021). 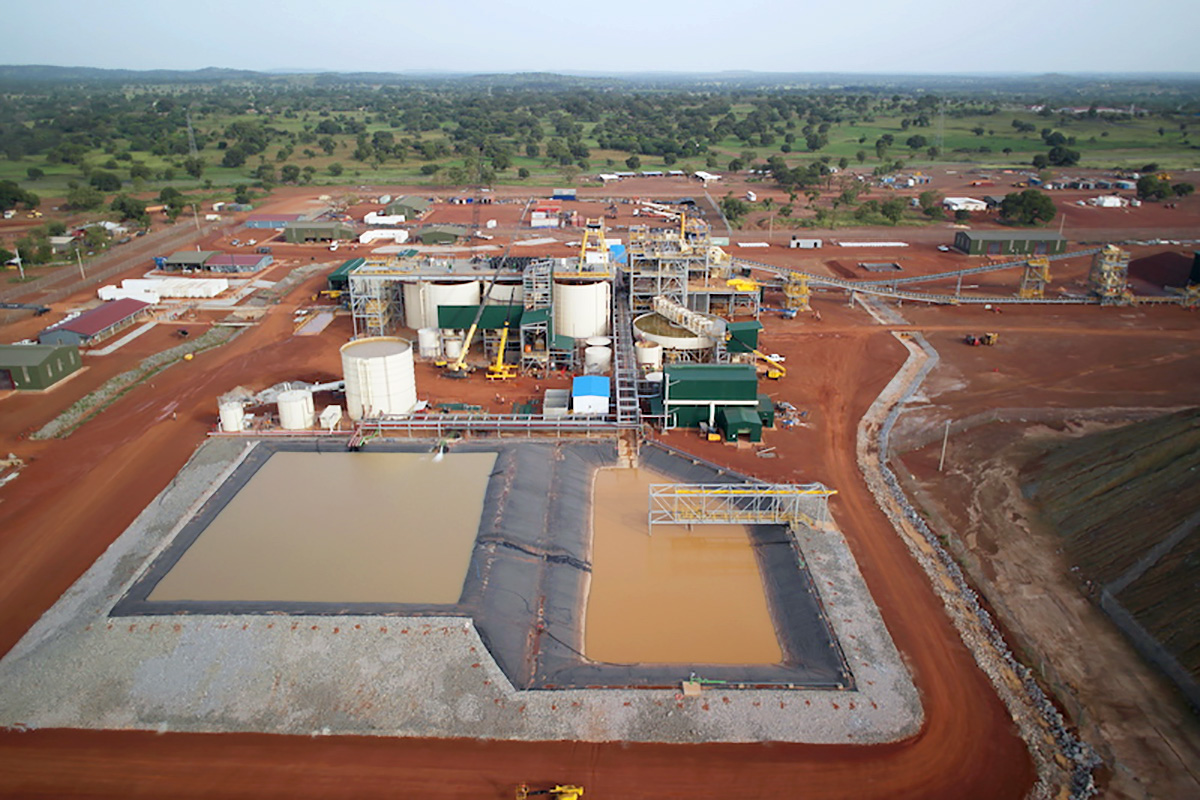 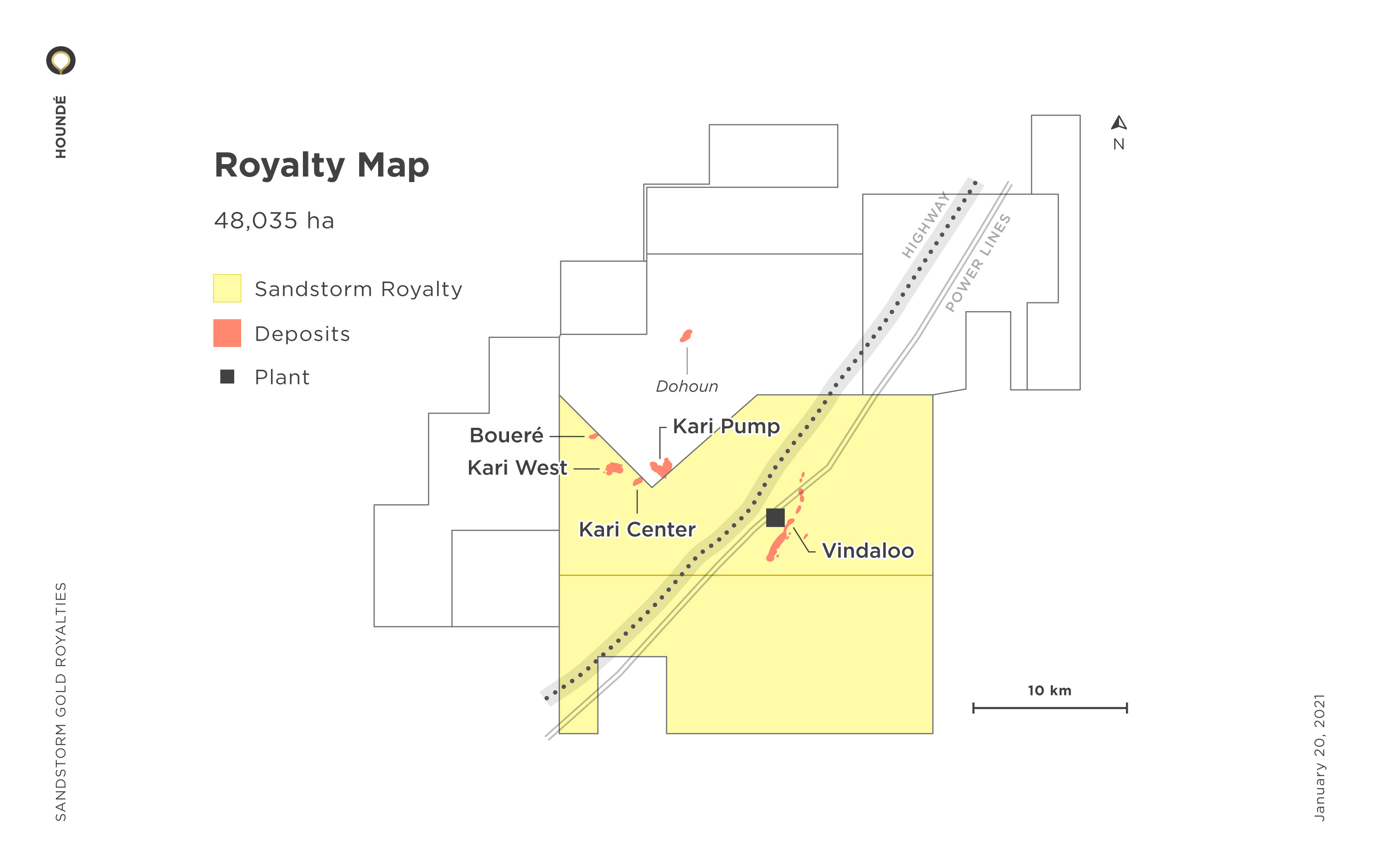