The Aurizona Gold Project is located in Maranhão State in northern Brazil. Aurizona is an orogenic gold deposit hosted in a greenstone belt of the São Luis Craton. There are many mineralized bodies on the property but work to date has focused on the Piaba and Tatajuba deposits on which the current resource is based.

The Aurizona mine was an active open-pit operation from 2010 to 2015, producing approximately 329 kozs of gold at an average grade of 1.3 g/t. Ore was processed through a gravity and carbon-in-leach plant with gold recoveries averaging 88%.

A positive Pre-Feasibility Study was released in September 2021 for an expansion to the Aurizona mine through the development of an underground mine, which could be operated concurrently with the existing open-pit mine and is subject to Sandstorm’s 3%–5% sliding scale NSR. The assessment outlines total production of 1.5 Moz gold over an 11-year mine life and includes estimated Proven & Probable Mineral Reserves of 1.66 Moz gold (contained in 32.3 Mt at 1.6 g/t gold with a cut-off grade of 0.35–0.47 g/t for open-pit and 1.8 g/t gold for underground) with an expected average annual production of 137,000 ounces.

Exploration programs are ongoing and focused on expanding the resource at Tatajuba and along the Piaba trend as well as upgrading inferred resources to indicated in the Piaba underground area.

Positive Pre-Feasibility Study for Aurizona expansion finds that by incorporating underground and satellite deposits into the existing mine plan is expected to double Aurizona’s mine life.

An increase of 10,000 oz in production guidance is expected at Aurizona due to higher expected ore grade in the second half of 2021. 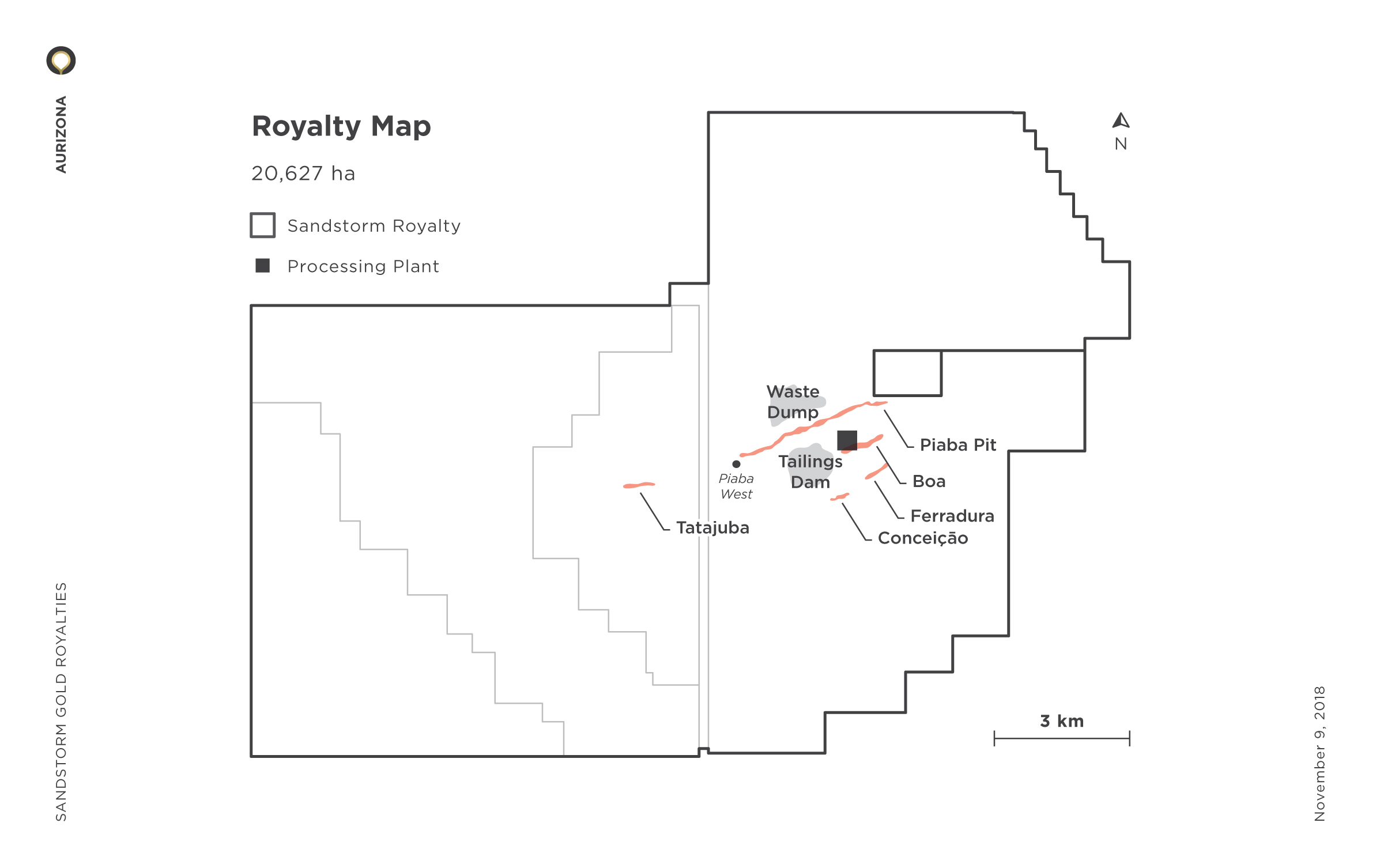